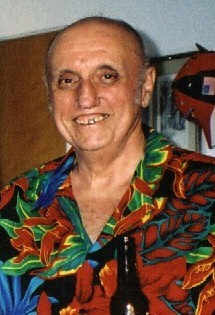 Guestbook 1
Funeral services for Sam Friesz of Riverton are at 2 p.m. on Friday, Nov. 11, at the VFW Hall in Riverton with Father Allen Lambert officiating. Military committal rites will follow at Mountain View Cemetery in Riverton. Mr. Friesz died at Riverton Memorial Hospital on Saturday, Nov. 5, 2011, at the age of 79. Samuel Lester Friesz was born in New Leipzig, N.D., on March 25, 1932, the son of Emil and Mathilda (Heyne) Friesz. He attended schools in Billings, Mont., being graduated from Billings Senior High School in 1950. He attended Rocky Mountain College and Montana State College in Bozeman, Mont. After his junior year in college, he was drafted into the U.S. Army, where he served for two years in the Signal Corps during the Korean War. He then returned to Montana State College and was graduated in 1956 with a degree in mechanical engineering. In 1954, he married Clara Kober in Billings, Mont. Mr. Friesz worked for Remington Rand Univac in St. Paul, Minn., for four years, eight years for the computer division of General Electric in Phoenix, Ariz., then moved to Riverton in 1968 where he worked for Datel, L.R.C., and Union Carbide. His family said Mr. Friesz enjoyed hunting, auto mechanics, traveling throughout the United States and Canada, and was an avid Nascar racing fan. Survivors include his wife, Clara Friesz of Riverton; daughters, Carol Rowles and her husband James of Laramie, Sharon Wilson and husband Tom of Riverton, Brenda Friesz of Kingman, Ariz, and Beth Handel and husband George of Lakewood, Wash.; six grandchildren and five great grandchildren; his mother, Tillie Friesz of Fort Collins, Colo; a brother, Fred Friesz and his wife Chris of Polson, Mont.; sisters, Doris Lange and husband Don of Colville, Wash., and Dorothy Bondurant and husband Wayne of Fort Collins, Colo. He was preceded in death by his father, Emil Friesz, and grandparents, Samuel and Mathilda Friesz. Memorials may be made to the Disabled American Veterans, in care of the Davis Funeral Home, 2203 West Main Street, Riverton, WY 82501. On-line condolences for the family may be made at: theDavisFuneralHome.com. Arrangements are under the direction of the Davis Funeral Home of Riverton.