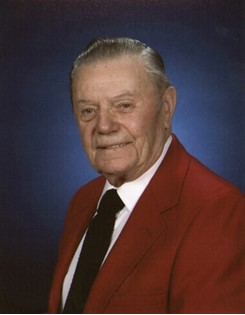 John J. Heidt of Riverton died at Sheridan Memorial Hospital in Sheridan on Tuesday, Nov. 8, 2011. He was 91.

Funeral services are at 10 a.m. on Tuesday, Nov. 15, at St. Margaret's Catholic Church in Riverton. Military committal follows at Mountain View Cemetery in Riverton. Rosary is at 7 p.m. on Monday, Nov. 14, at the Davis Funeral Home of Riverton.

He served with the U.S. Army during World War II and took part in the Normandy Invasion.

Mr. Heidt came to Riverton in March of 1968 to work as an equipment mechanic with Union Carbide in the Gas Hills.

He was preceded in death by two brothers, Tony and Fred Heidt, and two sisters, Katie Eberts and Elaine Splichal.

Memorials may be made to the Knights of Columbus, in care of the Davis Funeral Home, 2203 West Main Street, Riverton, WY 82501.