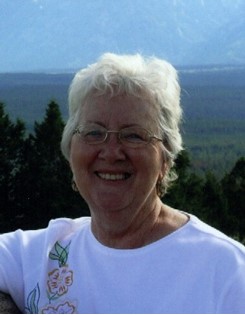 Guestbook 34
Shirley I. Mace died at her rural Riverton home on Wednesday, Nov. 9, 2011, at the age of 74. Funeral services will be held at 10 a.m. Saturday, Nov. 19, 2011 at Davis Funeral Home with Rev. Mark Thurman of United Methodist Church officiating. Burial will follow at Mountain View Cemetery. Visitation will be held from 6-7 p.m. Friday at Davis Funeral Home. Donations in Shirley’s name to Help For Health Hospice in care of Davis Funeral home would be appreciated by Her family. Shirley Isabelle Price was born in Wadestown, W.V., on May 22, 1937, the daughter of Russell Harold Price and Orpha Maybel (Tennant) Price. She was the adopted daughter of Bliss and Maysel Boggs of Reedy, West Virginia. She attended elementary schools in Reedy, W.V., and was graduated from Spencer High School in Spencer, W.V. She married Dorsey Clair Mace on April 25, 1958, in Spencer, W.V. She lived near Spencer until 1960 when she moved to Wheatland. In 1964, she moved to Thermopolis, to Powell in 1970, and came to Riverton in 1972. Mrs. Mace was a caregiver and worked for Mountain Bell Telephone Co. She worked as a telephone operator from 1956-64, was a housewife and mother from 1964 to 1972, worked in the Mountain Bell Telephone engineering office from 1972 to 1984, was a caregiver at the Wyoming State Training School from 1984 to 1989, and caregiver with Community Entry Services from 1993 to 2007. She was of the Methodist faith, having been baptized as a teenager in the Beechgrove Methodist Church in Billings, W.V. Mrs. Mace regularly attended the United Methodist Church in Riverton. Survivors include her husband, Dorsey Clair Mace of Riverton; daughters, Lisa Claire Mace of Nashville, Tenn., and Amy Marie Mace Farnham and husband Gregory of San Diego, Calif..; two grandchildren; brothers, Russell Junior Price and Joseph Samuel Tennant; a sister, Mildred Ione Taylor of Burton, W.V. She was preceded in death by two brothers, George William Price and Lawrence Willard Price. On-line condolences for the family may be made at: theDavisFuneralHome.com. Arrangements are under the direction of the Davis Funeral Home of Riverton.