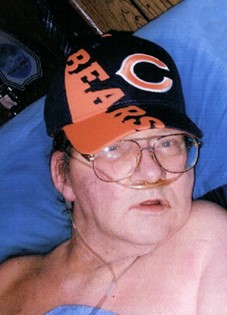 He loved the NFL but any of the teams in Chicago were his favorites. He worked on farms and oil rigs most of his life. He was diagnosed with Ms in 1981.

He is preceded in death by both of his parents and one grandkid Vivianna Riveria.