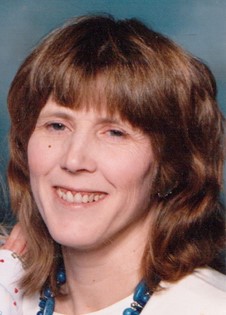 Guestbook 7
Funeral services for Joanne Morris of Riverton are at 2 p.m. on Wednesday, Nov. 16, at the Davis Funeral Home of Riverton. Catholic clergy will officiate. Interment follows at Mountain View Cemetery in Riverton. There will be a viewing at the funeral home from 1 to 2 p.m., preceding the service at the funeral home. Mrs. Morris died at her home in Riverton on Saturday, Nov. 12, 2011. She was 52. Joanne Westling was born in Niagara Falls, N.Y., on Dec. 6, 1958, the daughter of Walter and Joan Westling. She married Delmar Gene Morris II, on Oct. 27, 1989, in Cheyenne. They had a daughter, Amanda Lynn Morris on Sept. 2, 1991, in Cheyenne. They later moved to Riverton where Mrs. Morris was employed at Wendy's. Her family said Mrs. Morris enjoyed movies, pets, children, friends, family, and especially her daughter. She is survived by her daughter, Amanda Morris; her parents, Walt and Joan Westling; three brothers and sisters-in-law, David Westling and Lisa Botham, Walter and Kym Westling, and Jerry and Karla Westling; a sister and brother-in-law, Kristi and Derrin Albrandt; mother-in-law and father-in-law, Nelia and Alex Dane; sisters-in-law, Sheri Hawley, Amy Morris, Diana from Holland, and Sharon Schamel; brothers-in-law, Franklin Morris and Dave Jansen; many nieces and nephews. She was preceded in death by her husband and grandparents. Memorials may be made to her daughter, Amanda Morris, 916 Forest Drive, Apt. E5, Riverton, WY 82501. On-line condolences for the family may be made at: theDavisFuneralHome.com Services are under the direction of the Davis Funeral Home of Riverton.