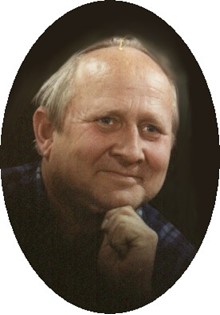 Memorial services are at 10 a.m. on Saturday, Dec. 3 at the Hilltop Baptist Church in Riverton with Pastor Mike Smith officiating. VFW military honors will be presented. Cremation has taken place.

Calvin H. Walthers was born in Burwell, Neb., on Thursday, May 31, 1934, the son of Harold I. Walthers and Ione V. (Loghry) Walthers. He grew up in the Morton area and attended the Morton School. He lived his life-time in the Riverton and Lander area, except for a few years working out of state.

He served in Germany with the U.S. Army.

Mr. Walthers was engaged in the upholstery business, owning Town and Country in Riverton. He had worked in construction, mining, on oil rigs, for gas stations, and in farming, and for QuickSet Lock in Anaheim, Calif.

Mr. Walthers was a member of the Eagles Lodge in Riverton.

Memorials may be made to Amedisys Hospice, in care of the Davis Funeral Home, 2203 West Main Street, Riverton, WY 82501.

On-line condolences for may be made at: theDavisFuneralHome.com