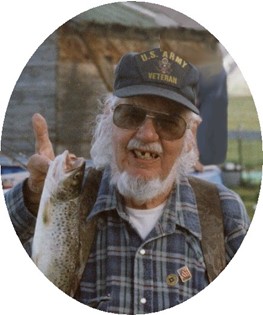 Graveside services are at Mountain View Cemetery in Riverton at 10 a.m. on Wednesday, Nov. 30, with committal by the Veterans of Foreign Wars.

William George Crowder was born in Rock Springs on Jan. 7, 1935, the son of George Leo Crowder and Faye (Crookston) Crowder.

He served in active duty with the U.S. Army from Oct. 25, 1954 to Oct. 24, 1957 and was with the combat Military Police. He received letters of commendation for his assistance in New York Harbor with the 513 survivors of the Swedish liner Stockholm after the collision with the Andrea Doria.

The couple moved to Fremont County in 1959, living in Lander for 30 years and at Kinnear since 1979.

He was preceded in death by his wife; Judith D. "Sonnie" Crowder, 19 days earlier; his parents, and a daughter, Kelly Meyers.

Memorials may be made to the, Wyoming Fallen Heroes / Chance Phelps Foundation in care of the Davis Funeral Home, 2203 West Main Street, Riverton, WY 82501.