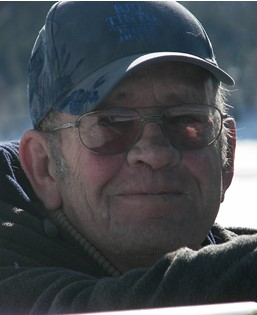 Guestbook 6
Funeral services for Keith W. Wilson of Riverton are at 2 p.m. on Wednesday, Nov. 30, at the Davis Funeral Home of Riverton. Inurnment follows at Mountain View Cemetery in Riverton.

Keith Watson Wilson was born in Nucla, Colo., on Wedn., May 25, 1932, the son of Buford Wayne Wilson and Mildred Florence (Jenks) Wilson. He completed the eighth grade of school in Nucla.

Mr. Wilson had lived in Riverton since 1969. Prior to that he lived at various places throughout Wyoming and the Rocky Mountain States.

Mr. Wilson was a heavy equipment mechanic in road construction and had served with the U.S. military during the Korean War. He retired from the Fremont County Road Department in Riverton in 1996.

Memorials may be made to the Tough Enough Fund or Amedisys Hospice, in care of the Davis Funeral Home, 2203 West Main Street, Riverton, WY 82501.