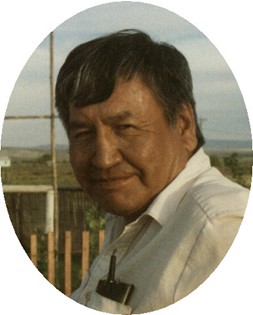 Douglas Arthur White Plume, NeciCebiiho’ was born on May 30, 1942 at Fort Washakie, Wyoming and died November 25, 2011 at the Wyoming Medical Center after a short illness. He is survived by daughters Juanita Whiteplume Little Thunder, adopted daughter Robin Whiteplume and granddaughter Roberta Whiteplume. He is a U.S. Marine Corps veteran.

He was retired from St. Stephens Indian School and the Northern Arapaho Tribe where he was employed as a bus driver. He earned a 15 year employment certificate from the tribal Black Coal Senior Center. He held other positions throughout his lifetime and was a professional driver.