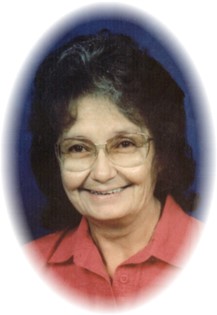 There will be a viewing at St. Stephen's Catholic Church at 6 p.m. on Thursday, Dec. 8, followed by a rosary at 7 p.m. at the church.

There will be a reception at the V.F.W. Club following the graveside service.

Laura Lee Hurtado was born at Fort Washakie on April 9, 1941, the daughter of Lee and Echo (Gove) Hurtado. She lived in this area all her life and was graduated from high school in Thermopolis.

Mrs. Whiteman was a devout Catholic and was a member of the St. Stephen's Catholic Church.

She was also a member of the Auxiliary to the Veterans of Foreign Wars, Wind River Post.

She worked as a cook and waitress and her family said she opened her home to many friends in need in addition to taking care of her family.

She was preceded in death by her parents; her husbands, Clifford Middleton and Felix Whiteman; a son, Sterling, and an aunt, June Atwood.