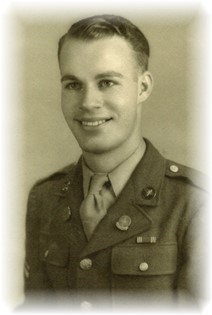 Bill Culver of Riverton died at the Wind River Healthcare Center in Riverton Sunday evening, Dec. 4, 2011. He was 88.

Funeral services are at 2 p.m. on Thursday, Dec. 8, at the Davis Funeral Home of Riverton. The Rev. Doug Hill of the Pavillion Community Methodist Church officiates.

He served with the U.S. Army in the European Theater during World War II and in the Korean War.

He was of the Protestant faith and a member of the American Legion and Veterans of Foreign Wars.

Mr. Culver worked in the oil fields for 31 years and was a real estate investor.

His family said he enjoyed history, especially that of Riverton, genealogy, traveling, and square dancing.

Survivors include a brother, Charlie W. Culver and his wife Wilma Earl of Dubois, and a sister, Mary Herring and her husband Bob Stam of Albuquerque, N.M., sister-in-law, Pauline Culver of Riverton.

He was preceded in death by a brother, Howard Dean Culver; sisters, Lola Mae McCutchen and Jessie M. Beall.