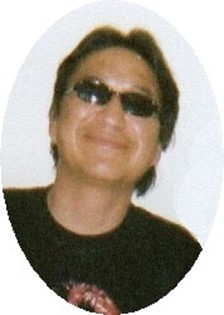 Interment follows at the Arapaho Catholic Cemetery at St. Stephen's.

A rosary will be held at Great Plains Hall at 7 p.m. on Wednesday, Dec. 14, with a wake to follow at the home of Irene Lawson and Virgil Behan, #6 Oldman Circle.

Robert Daniel Bell was born in Riverton on Thursday, Aug. 26, 1965, the son of Theodore Delbert Bell and Jeanette Gertrude (Goggles) Bell. He was graduated from high school in Chimewa, Oregon, and studied carpentry at the Job Corps in Utah and attended Southwestern Indian Polytech Inst.

Mr. Bell was a member of the Arapaho tribe.

He worked as a carpenter in housing construction and was also a fire fighter.

He was of the Catholic faith and had served as an altar boy . Mr. Bell participated in ceremonial dancing.

His family said he enjoyed going to the casino and playing basketball.

He was preceded in death by his parents, other grandparents; numerous brothers, including Jim Bell, Benjamin Bell, Landon Bell, Mike Bell, and Jason Killsontop, and a sister, Loveda Bell.