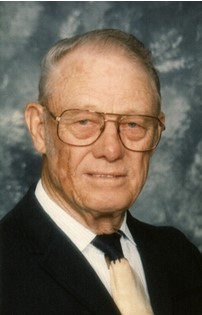 Funeral services for Robert C. "Bob" Lane of Riverton are at 2 p.m. on Saturday, Dec. 17, at the Davis Funeral Home of Riverton with Pastor Mike Smith officiating.

Viewing will be from 1 to 2 p.m. Saturday at the funeral home, preceding the service.

When he was young, the family lived in Grand Junction, Fruita, and Meeker, CO

He was a military veteran of World War II, having joined the U.S. Navy in 1941. He served as a radarman aboard the USS Lang.

Honorably discharged in 1945, he returned to Fruita.

His family said Mr. Lane enjoyed hunting, fishing, camping, and being outdoors with family and friends. He was a coach and umpire for the Little League and Babe Ruth baseball when his sons were young and he continued to umpire while his grandsons were playing baseball.