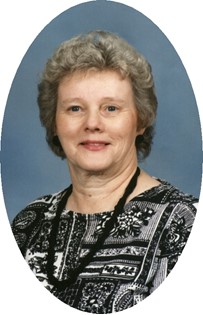 Guestbook 5
Marguerite Marie Cady of rural Shoshoni died at her home in Hidden Valley on Saturday evening, Dec. 31, 2011, at the age of 78.

She was born in Denver, Colo., on June 25, 1933. At the age of two, she moved with her family to Casper where she attended St. Anthony's Elementary School and Natrona County High School, where she was an honor student, in the girls' choir, and a drum majorette.

Her family said she had an excellent voice and loved music, often singing at weddings and funerals.

She was graduated from NCHS in May of 1951. On Oct. 13, 1951, she married Frank Cady. Mr. and Mrs. Cady traveled many miles while he worked in the oil fields, moving with their children from Utah to Canada. In 1960, they settled in Red Canyon, south of Lander, where she was involved in the community as a 4-H leader for 19 years, a member of the Fremont County Cowbelles, and the Holy Rosary Catholic Church in Lander.

As her children grew, she was involved with her grandchildren. In March of 1999, she was critically and permanently injured by the lack of the administration of sufficient oxygen during a minor surgical procedure. She required 24-hour care for the rest of her life, continually losing more ability to function.

In November of 2000, Mr. and Mrs. Cady moved back to Wyoming, settling in Hidden Valley outside Shoshoni, where she was able to be at home, see the Big Wind River, and the surrounding mountains which her family said she loved so much. Her death on Dec. 31, came 61 years to the day, she and Mr. Cady began their romance.

On-line condolences may be made at: theDavisFuneralHome.com Arrangements are under the direction of the Davis Funeral Home of Riverton.