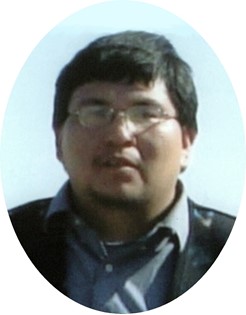 Dominic Joseph Gardner was born in Riverton on April 21, 1976, the son of William P. Gardner, Jr., and Phyllis M. (Oldman) Gardner. His Indian name was "Many Friends."

His companion of 18 years was Latoya Felter.

He was of the Catholic faith and member of, and active in the Native American Church.

He belonged to the Big Lodge Clan and Ties the Bundle Child. He was also an enrolled member of Crow Tribe and a member of the Arapaho Tribe.

Mr. Gardner was engaged in law enforcement and security, working as a BIA officer at Crow Agency Mont., for three years and as a police officer for the Moapa Tribal Police Department for two years, and for casino security at Circus Circus in Las Vegas, Nev., for two years.

Most recently he worked in security at the Little Wind Casino.

He has lived most of his life on the Wind River Indian Reservation but had also made his home in Las Vegas, Nev., Crow Agency, Mont., and in California for a short period of time. He was a 2001 graduate of the American Indian Police Academy in Artesia, N.M.

His family said Mr. Gardner enjoyed fishing, hunting, feather work, crafts, spending time in the mountains, traveling, being a father to his children, and practicing the ways of the Native American Church.

The family says they have a large family and apologize if they have accidently forgot anyone.