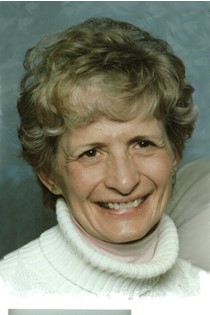 Guestbook 19
Mary Ann Fink of Shoshoni died at the home of her daughter in Casper on Wednesday, Jan. 18, 2012. She was 66. Funeral services are at 10 a.m. on Tuesday, Jan. 24, at the Davis Funeral Home of Riverton. Graveside services will be held at Lake View Cemetery in Shoshoni following the services at the Funeral Home. Mary Ann Wagner was born on Feb. 21, 1945, to Milo and Evelyn Wagner in Broadwater, Neb. She was graduated from Kemmerer High School in 1964. She married Phil Wempen in 1966. They were together for 20 years and had three children -- Robin, Troy, and Tolena. In 1992, she married Paul Fink. They were together for 19 years and made their home in Shoshoni. Mrs. Fink was a member of the Trinity Lutheran Church in Riverton. Her family said Mrs. Fink enjoyed being around her family and friends, growing flowers, sewing, cutting things out of wood and painting them, scrap booking, dancing, and traveling with her husband. She worked as a Shoshoni school cook for 29 years. Mrs. Fink is survived by her husband, Paul Fink; daughters, Robin Brummett and husband Wes of Casper, and Tolena Murnion and husband Ray of Lovell; son, Troy Wempen and wife Tracy of Manderson; step-sons, John Fink and wife Cindy of Bon Aqua, Tenn., David Fink of Powell, and Melvin Fink of Gillette; grandchildren, Richard Taylor, Doug Taylor, Shayna Wempen, Chelsey Forster, Norman, Christina, and Heather Brummett, Alyia and Saydie Uddin, Joe, and Jake Murnion, Justin Cathran, John and Logan Fink, Allison and J.D. Fink, Megan and Jake Wempen; great grandchildren, Steven and Wyatt Taylor, Maddison and Aviahna Keays, Kale Oddy, Hannah and Haley House, brothers, Bob Wagner and wife of Helen of Cheyenne, and Vernon Wagner and wife Arlene of Saratoga; sisters, Wanda Eckhardt of Mesquite, Nev., and Sharon Smith and husband Bob of Great Falls, Mont.; several nieces and nephews. She was preceded in death by her parents, Milo and Evelyn Wagner. On-line condolences may be made at: theDavisFuneralHome.com. Arrangements are under the direction of the Davis Funeral Home of Riverton