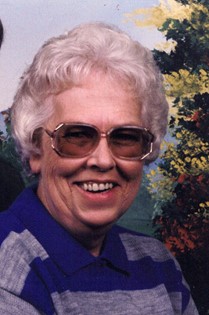 Funeral services are at 2 p.m. Tuesday at the Davis Funeral Home of Riverton, preceded by a viewing at noon. The Rev. Jon Martin officiates.

Cremation will take place and inurnment will be at the family gravesite at Milford.

Mrs. Ruward was a homemaker, having married Bruce Charles Ruward on Nov. 16, 1967, in Dubois.

The couple had lived in Riverton for the past 11 years, coming here from Powell where they lived for 19 years, before living in Jeffrey City.

Mrs. Ruward was of the Christian faith.

She was a member of the Fraternal Order of the Eagles Auxiliary 2426 in Powell.

Her family said she enjoyed spending time with her family, painting, doing crafts, and reading. They said that in her earlier years, she enjoyed camping at Christina Lake and spending time, winter and summer, on Green Mountain.