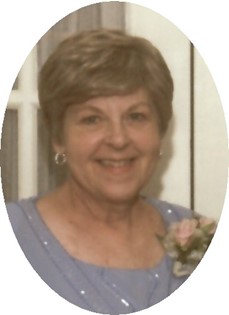 Memorial services will be held at 11:00 a.m. on Thursday, September 20, 2007 at the United Presbyterian Church, with Pastor George Pasek officiating.

When she was 1½ the family moved from Evansville to Oregon, Wisconsin where she spent her younger years. Susan graduated from Oregon High School with the class of 1959. She graduated from Dana College in Blair, Nebraska in May of 1963. She then moved to Wyoming and taught third grade in Newcastle.

After living in Newcastle, Gillette and Sheridan, the couple moved to Casper and bought Oil City Printers in 1968 running the business together. In 1980 they moved to Riverton where they bought Art Craft Printers, retiring in 2000.

Sue and Ron loved traveling and especially cruising. They were avid bird watchers. Sue loved reading, playing the piano, music, working on family genealogy, her flower gardens, but especially her family. Sue was a member of the United Presbyterian Church, Daughters of the Nile, Red Hats, Audubon Society, Riverton Museum Association, Fremont County and Wyoming Historical Societies and a past member of the Riverton Soroptimist Club.

She is survived by her husband Ronald; daughter Julie Cook and her husband David of Cheyenne, son Mark and his wife Shannon of Manassas, VA; grandchildren Kayla Cook and Ryan Cook of Cheyenne; a sister Kathryn Strong of Los Alamos, NM; brothers Norman Ringhand of Frisco, CO and Ronald Ringhand of Gallipolis, OH.

She was preceded in death by her parents LaVern and Arline Ringhand, grandparents Blanche and Clyde Ambrose and Bertha and Ernest Ringhand.

Memorials may be made to the Help for Health Van or the United Presbyterian Church in care of Davis Funeral Home, 2203 W. Main, Riverton, WY 82501.