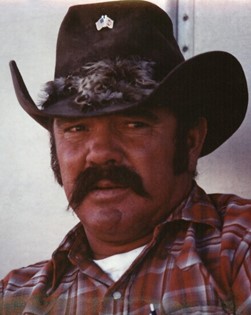 Guestbook 10
Edward T. "Tom" Graham, life-long cattle rancher of the Sweetwater Valley, Jeffrey City, and Lander area died on Saturday, Jan. 28, 2012, due to complication from CL Leukemia and neurophathy. He was 72.

Funeral services are at 2 p.m. on Thursday, Feb. 2, at the First United Methodist Church address 262 N 3rd Street in Lander. A reception follows at the Lander Community Center.

Edward Thomas Graham was born on March 19, 1939, the son of Ted and Goldie Graham. He was a graduate of Fremont County Vocational High School in Lander, where he was an all-state quarterback and delegate to Wyoming Boys' State in Cheyenne.

Tom enjoyed working, fishing, and hunting with family and friends. He also had a smile and a great sense of humor.

He was preceded in death by his parents, Ted and Goldie Graham.

The family ask that donations be made to the Tough Enough Cancer Fund or The Jeffrey City Community Fund.