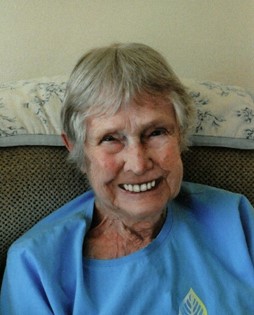 Guestbook 4
Long-time Riverton resident Dorothy B. Saunders died at her home in Riverton on Sunday, Jan. 29, 2012, after a lengthy struggle with congestive heart failure. She was 83.

Funeral services are at 10 a.m. on Friday, Feb. 3, at the Davis Funeral Home of Riverton with interment following at Mountain View Cemetery in Riverton. There will be a viewing from 6 to 7 p.m. on Thursday, Feb. 2, at the funeral home.

Dorothy Belle Brakeman was born on Friday, Dec. 21, 1928, in a sod house on the Nebraska prairie four miles north of present-day Miller, Buffalo County, Neb. She was the middle child of five born to Ethel May (Nichols) Brakeman and Leland Dow Brakeman. She lived with her family on a farm near Miller for years enduring the Great Depression. In 1945, she and her family moved to Melbeta in Scotts Bluff County in western Nebraska. She and eight classmates were graduated from the Melbeta (Neb.) High School in 1946.

She married Ross Saunders in Gering, Neb., on April 19, 1952, and they had three children. The family moved to Riverton on Memorial Day weekend in 1964, making their home on West Fremont Avenue. Mrs. Saunders was school secretary at the Jefferson Elementary School in Riverton for many years. Mr. and Mrs. Saunders were active in the Riverton Meadowlark Good Sam recreational vehicle club. She was a member of the Riverton Christian Church for many years and a member of the Veterans of Foreign Wars Women's Auxiliary.

Mrs. Saunders is survived by her husband of more than 59 years, Ross Saunders of Riverton; their children, Marguerite Saunders House and husband Carl of Cody; Evelyn Saunders Smith and husband Victor of Boise, ID, and Edward Saunders and wife Charlene of Laurel, MT.; a brother, Darrol Brakeman and wife Noni of Loveland, CO.; a step-daughter Anita Burkhalter of Lawrence, KS; two sisters, Hazel Storm of Beaverton, OR, and Opal Hutson and husband Bill of Salem, MO.; five grandchildren and nine great grandchildren.

She was preceded in death by her parents and a sister, Ruthie Bartow.

Memorials in her memory may be made to a charity of the donor's choice.