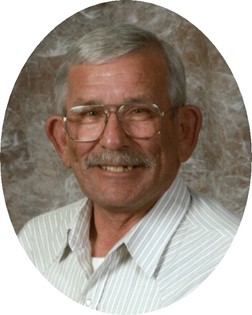 Memorial services for Harry R. Mills, Jr., of Riverton are at 1:00 p.m. on Saturday, Feb. 11, 2012 at the Bryant Funeral Home in Worland. Inurnment will follow at the Riverview Cemetery in Worland. Military honors will be by the Veterans of Foreign Wars.

In 1967, the family moved to Riverton and purchased Wind River Implement. He later owed the former Heath Motel, now Jack Pine. Upon selling that business he purchased Piazzons Pizza in Worland and also drove truck for Black Hills Bentonite out of Worland. He then worked as a chemical sales engineer for Petrolite.

The couple moved back to Riverton in the mid 1990s, with Mr. Mills managing Rushmore Homes. He became an outside sales representative for Bailey Enterprises, and retired due to ill health.

Mr. Mills served on the Search and Rescue of Washakie County, on the Worland City Council, and was a member of the Veterans of Foreign Wars in Worland.

His family said that while his family was always his first priority, Mr. Mills enjoyed hunting, fishing, the outdoors, camping, woodworking, and go-cart racing with his friends and family.

He was preceded in death by his parents; a son, Brandon Clay Mills, and a sister, Janie Mills.