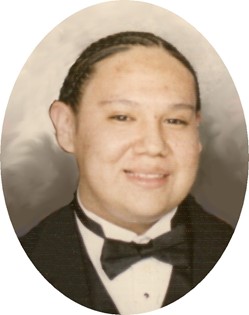 Guestbook 4
Funeral services for Cody J. Lamebear of Fort Washakie are at 10 a.m. on Friday, Feb. 10, at Blue Sky Hall at Ethete. Episcopal clergy will officiate.

Interment follows at the Friday Family Cemetery on the Wind River Reservation.

Cody Jacob Lamebear was born in Lander on Wedn., July 9, 1986, the son of Charles Lamebear, Jr., and Cora A. (Dodge) Lamebear. He was a member of the Northern Arapaho Tribe and the Northern Cheyenne Tribe his Indian name was "Buffalo Walks."

He grew up at Ethete and was a 2004 graduate of Wyoming Indian High School. He had lived most of his life on the Wind River Reservation.

Mr. Lamebear was a student, living in Denver going to emergency trauma classes preparing to be an EMT.

He was baptized in the Episcopalian faith and had attended the Catholic Church with his grandparents.

His family said he enjoyed listening to music, especially pow-wow music, watching movies, especially comedies, spending time with his family, helping friends take care of their children, traveling with his grandparents, and being around people.