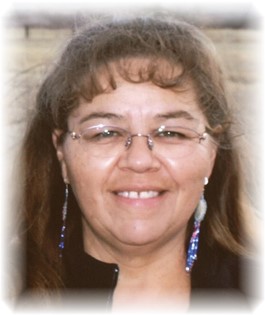 Funeral services are at 10 a.m. on Monday, Feb. 13, at St. Stephen's Catholic Church with burial to follow at the Sacajawea Cemetery at Fort Washakie. Feast will follow at Rocky Mountain Hall in Fort Washakie.

Rebecca Ann Warren was born in Riverton on March 13, 1964, the daughter of Benjamin Warren, Jr., and Vivian (Lahoe) Warren. Her Indian name was Red Earth Woman.

She was graduated from Riverton High School with the Class of 1982 and earned her Associate of Science degree in social services from Central Wyoming College where she was a member of Phi Theta Kappa.

She married Lindberg Shongutsie, Jr. in 1987. They later divorced.

Ms. Warren was a benefit specialist for the State of Wyoming through the Department of Family Services. She had also worked at the Wind River Casino gift shop and as a waitress at the Airport Café.

She was baptized in the Catholic faith, attended church at St. Stephen's Mission, and participated in Native American traditional beliefs.

Her family said Ms. Warren enjoyed being around her family, camping, fishing, going on trips, participating in the Sundance, and spending time with her granddaughter, Kiauna.