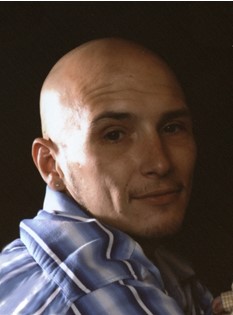 Funeral services are at 2 p.m. on Wednesday, Feb. 15, at the First Assembly of God Church in Riverton. Cremation will follow the service.

His family said that Mr. Dearman loved his family, camping, listing to music, drawing and rock hunting with his mother, was an avid history buff and loved fixing things. They said one of the highlights of his life was at age 12 while he was in Alaska when he helped save a beached beluga whale.

He had lived the majority of his life in the Riverton/Shoshoni area.

Mr. Dearman was of the Christian faith having been baptized at the Assembly of God Church.

He was preceded in death by his grandparents, Lorraine and Richard Trannum; uncle Edward Blanton, and niece, Madison Gabel-White.

Memorials may be made to the Bryan Dearman Memorial Fund, c/o of Atlantic Federal Credit Union, to help his children.