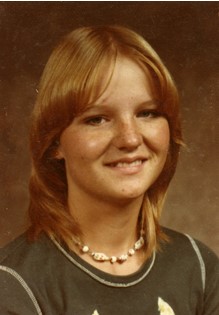 Carrie Jo McDowell was born in Riverton on Sunday, April 10, 1960, the daughter of Gordon E. and Marceline S. (Whitehead) McDowell.

Ms. McDowell was a horse trainer who was injured in an auto accident in November of 1979.

She was of the Methodist faith, belonged to 4-H as a child, and her family said she enjoyed horses and horse racing.

She was preceded in death by her parents, a brother, Dennis McDowell, her grandparents, and a cousin, Amy Griffin.

Memorials may be made to the Riverton Animal Shelter/PAWS, in care of the Davis Funeral Home, 2203 West Main Street, Riverton, WY 82501.