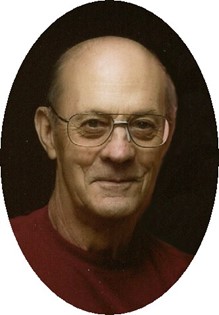 Guestbook 8
Memorial services will be held at a later date for William Dell "Bill" Cox, 79, who died March 2, 2012 at the Thermopolis Rehab and Care Center in Thermopolis, Wyoming.

His family moved to Laramie, Wyoming when Bill was 11 and they then moved on to Pavillion, where he graduated high school in 1950. Bill then received 2 years of education from the University of Wyoming before he was drafted into the United States Army during the Korean Conflict, serving from April 1953 until April 1955.

On August 31, 1955, Bill married Dorothy "Dot" Lybarger in Lander, WY. The couple lived in Casper before moving to Douglas in 1975. Bill worked as a crane operator for Charlie Smith Construction. He also owned and operated To A Radio Service, working as a radio technician (before cell phones were around) in Douglas until the couple retired in 1994 and moved to Thermopolis to retire.

His family said that Bill loved to go back packing for weeks in the summer with his Springer Spaniel, Sunny, who carried his own saddle bag full of dog food. He also enjoyed mountain biking throughout Wyoming, photography and archery.

Survivors include his wife Dot of Thermopolis, son, Joseph and his wife, Cheri of Lindsey, Ohio, daughter, Carolee Hornbuckle and her husband of Kirk of Douglas, 8 grandchildren, ReAnnah Caves of Wheatland, Laura Carlson of Bar Nunn, Jolene Good of Gillette, Scott Hornbuckle of Douglas, Stacy Horbuckle of Billings, MT, Cameo Cox of Douglas, Jennifer Deselms, of Lander and Sasha Demmy of Fremont, Ohio, 14 great grandchildren, 2 sisters, Dorothy Wilson and Evelyn Gustin both of Lander, and numerous nieces and nephews.

Mr. Cox was preceded in death by his parents, brother, Ralph Cox and sister Eileen Pickinpaugh.

Arrangements are under the direction of Davis Funeral Home of Riverton, WY.