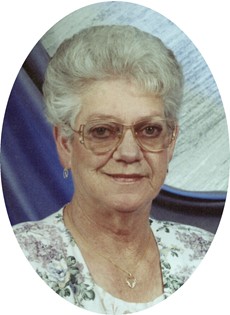 Funeral services will be at 11 a.m. on Wednesday, March 7, at the Church of Jesus Christ of Latter-day Saints in Manila, Utah. There will be a viewing one-hour prior to the service at the church. Burial will follow the service in the Manila City Cemetery.

Dixie Lou Schofield was born on May 26, 1936 in Manila, Utah to Merlin Franklin Schofield and Lena Mercedes (Searle) Schofield. She grew up in Manila.

Her family said she enjoyed hunting, fishing, camping, spending time with her family and grandchildren, and cooking.

Mrs. Moser moved to Riverton 11 years ago from Ft. Bridger, where she had lived for nine years. She had also lived for many years in Manila, Utah and in various other states where her first husband worked construction.

She was preceded in death by her parents; two husbands, Eugene Clark Douglas and Carl V. Moser; two sons, Kelly Douglas and Casey Douglas; a daughter, Sonya Douglas, and a brother, Don Schofield.

Memorials may be made to the Amedisys Hospice or to a charity of the donor's choice in care of the Davis Funeral Home, 2203 West Main St., Riverton, WY 82501.