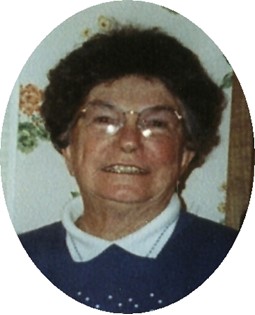 Memorial services are at 10 a.m. on Wednesday, March 14, at the Davis Funeral Home of Riverton with the Rev. Melinda Bobo officiating. Cremation will take place with inurnment on Wednesday. Committal rites at the cemetery will be by the P.E.O. Chapter AP and American Legion Auxiliary.

Viewing is from 5 to 7 p.m. on Tuesday at the funeral home.

Rachel Oliver was born in Newcastle on Friday, June 8, 1928, the daughter of John Earl Oliver and Helen (Miller) Oliver.

She was graduated as valedictorian from Newcastle High School and attended the University of Wyoming where she earned her Bachelor's and Master's degrees in education. She also studied at Columbia University in New York and the University of Maryland in College Park.

Mrs. Ratliff was a high school mathematics teacher, teaching at Fremont County Vocational High School in Lander from 1949-1951 and Riverton High School from 1959 to 1988.

She was a member of St. James Episcopal Church, serving as organist and choir director.

Mrs. Ratliff was a member of the Fremont County District 25 Board of Education, a member of P.E.O. for 66 years including a charter member of Chapter AP since 1973, a member of the Daughters of the Nile, Jobs Daughters where she was a Past Honored Queen and Past Guardian, the American Legion Auxiliary, the Ladies Golf Association where she conducted the parimutual for the Saltwater Open tournament, the Riverton Country Club, the Tuesday Bridge Club, the Thursday Morning Bridge Club, and the Barbershop Quartet.

She was preceded in death by her parents, Helen and John Oliver, and parents-in-law, Alfred and Mildred Ratliff.

Memorials may be made to Cottey College to purchase a memory brick in care of Chapter AP, PEO, in care of Martha Lange 316 S 3rd East or a donation of your choice in care of the Davis Funeral Home, 2203 West Main St., Riverton, WY 82501.