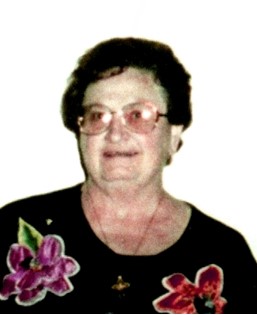 Guestbook 0
Memorial services for Georgia A. Scott, 82, were Tuesday morning, 10:00 a.m., March 13, at the Owl Creek Apartments in Riverton.

Mrs. Scott had no children of her own, but acquired 15 step-children through two marriages.

Mrs. Scott worked at Gates Rubber Co. in Denver for 22 years and Eaton DH Print in Riverton for 11 years.

Her family said Mrs. Scott enjoyed all types of arts and crafts and shared her talent freely. They said she loved the outdoors, enjoyed hunting, fishing, camping, and traveling around the United States. She was a bowler and played cards. The family said in her later years, Mrs. Scott found fun and friends at the Riverton Senior Center.

Mrs. Scott is survived by Linda Wilson and her husband Tom of Tridell, Utah, and Jackalynn "Jake" Visage and husband James of Hallsville, Texas; numerous grandchildren, great grandchildren, and in-laws.

She was preceded in death by her parents, both husbands, and three step-children.

Memorials may be made to the Riverton Senior Citizens Center, in care of the Davis Funeral Home, 2003 West Main Street, Riverton, WY 82501.