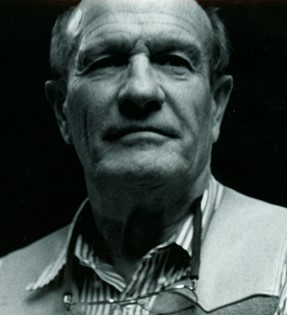 Guestbook 8
Donald Kelly Cox, only child of Harry Lewis and Grace Opal (Morrison) Cox, passed away peacefully on March 19 surrounded by his large and loving family.

He was born January 14, 1931 in Carmen, Oklahoma. At age 13, his family moved to Iowa and began farming. When he was 16, he worked as a section hand on the Rock Island Railroad--a job he talked about with pride quite often.

Donald graduated from Farnhamville High in 1949, and joked that the ceremony didn't take long to perform--as there were only five members in his graduating class! Upon graduation, he was offered a basketball scholarship to Drake University in Des Moines, Iowa. He majored in education and played center for the basketball team, where he was voted the team's MVP during his junior season. In the latter part of that year, which was also during the time of the Korean Conflict, the USAF drafted him. Stationed in Bangor, Maine, he served as a physical therapist in the Medic Corps. After his two-year term, he returned to Drake to finish his degree and graduated with a BS in Education in 1954. During his return from military service, he also met the love of his life, Marilynn Durant. They married in 1953 at St. John's Lutheran Church in Des Moines. They had three children: a daughter--Robin, and two sons-- Jon and Tony.

Donald furthered his post-collegiate basketball career by playing semi-professional basketball for Clarkson Reality of Des Moines. The team competed in the National AAU Tournament for three consecutive seasons, and he was also voted MVP during one of those campaigns.

Donald was a lifelong educator, beginning his teaching career in the Fall of 1954. He taught and coached in Waukon and Mapleton, Iowa, and later in Cheyenne, Wyoming, where he retired after 27 years of total service in 1986.

Most of the student athletes he taught and coached over the years still refer to him as "Coach Cox." Marilynn and Donald celebrated 59 years of marriage, during which time they raised an extraordinary and talented family. They designed and built a home together, and spent four years in Hawaii where Marilynn worked as the Personnel Director for Boeing.

One of his major talents was hanging wallpaper. He taught himself the craft, discovered he was actually quite adept at it and did countless jobs for nearly forty years. Many professionals employed him when they couldn't begin or finish a job themselves. Ask anyone who spent time with him, and they'd immediately tell you that Donald was a master storyteller. He was also a pool player extraordinaire, a craftsman, card player and avid history buff.

Marilynn and he moved from Cheyenne to Riverton in 1997. Donald spent a great deal of retirement time playing pool at the senior center, and took great pride teaching the ladies there how to play pool as well. He also devoured history books and lectured, refinished furniture and served as a wise sage to his children and grandchildren.

He was preceded in death by his parents, granddaughter Ragan Nunu and numerous aunts, uncles and cousins.

A celebration of his life will be held Monday, March 26 at 2 pm at the Davis Funeral Home. Echo Klaproth will be delivering the service.

In lieu of flowers, donations may be made in his memory to Help for Health Hospice, Meals on Wheels and the Riverton Senior Center.