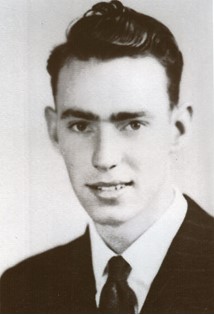 Guestbook 4
Fred Robert Worcester, 87 of Riverton, WY passed away Tuesday, March 20, 2012 at his home. Fred was born December 10, 1924 in Carter, South Dakota, the son of Herbert H. and Sarah “Daisy” Worcester. Fred grew up in South Dakota and later moved to Idaho to complete his high school education. Fred was a merchant marine during World War II where he traveled to many different countries. He worked as a bee keeper for many years, transporting hives across the country. During this time he lived in Mississippi and California. Fred worked for the REA and later started his own trucking company, Worcester Trucking. He owned and operated the business for 30+ years. Fred was married to Roaline Smith (Worcester) for 29 years. Fred enjoyed reading, doing puzzles, watching boxing and listening to the scanner. He especially enjoyed spending time with his grandchildren and great-grandchildren. In earlier years, he enjoyed going to coffee with his friends. He led an interesting life and always captured an audience with stories about his life and travels. In addition, he was always ready to lend a hand to anyone in need. He is survived by his three daughters and their spouses, Randi and Jerry Fancher, Paula and Larry Fletcher, Kerri and Jack Groff; six grandchildren, Tracey, Stefanie, Jennifer, Amanda, Brandon and Derik; two great-grandchildren, Miraya and Caleb. He is preceded in death by his parents and eight brothers and sisters. Services to celebrate Fred’s life will be at the Reach Foundation, 622 North 8th Street, Riverton, WY at 1 p.m. on Saturday, March 24, 2012. In lieu of flowers please donate to a charity of your choice.