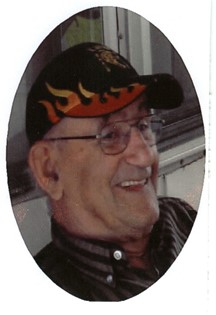 Graveside services are at 1 p.m. on Tuesday, March 27, at Mountain View Cemetery in Riverton.

Hubert Thayer Alley was born in Dillon, Mont., on Wedn., May 17, 1939, the son of Thayer Faust Alley and Marjorie Lee (Smith) Alley.

He was graduated from Beaverhead High School in Dillon, Mont., with the Class of 1957. He holds the Beaverhead high school pole vault record of 12', 6", using a wood pole.

Mr. Alley was engaged in the construction industry and mining. He worked for Western Nuclear, at the U.S. Steel mine on South Pass, at the Lucky Mc Mine, for Ofetadal Construction, and at the Starlite Lanes in Riverton, retiring in 2001.

He was preceded in death by his parents, Marjorie and Thayer Alley, and a brother, Lewis "Butch" Alley.