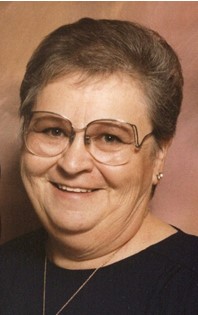 Guestbook 2
Funeral services for former Riverton resident Esther P. Lasley will be conducted at 10:00 a.m. on Friday, October 5, 2007 at Davis Funeral Home, with the Rev. Don Schlichting of the Riverton United Methodist Church officiating. Burial will follow at Mountain View Cemetery. A viewing will be held from 5:00 to 8:00 p.m. Thursday, October 4, 2007 at Davis Funeral Home.

Esther Pearl Rodgers was born in Riverton on May 1, 1940 to Foster Charles Rodgers and Maxine Genevieve (Larson) Rodgers. She lived in Sand Draw until she was 18, then lived in the Gas Hills and Riverton until 2005. Since that time, she had resided in Cheyenne. She was graduated from Riverton High School.

Mrs. Lasley was a member of the VFW Post 3628 Auxiliary. Her family said she was an avid crafter, and enjoyed camping, cooking and being with her grandchildren.

She had been employed as a bus driver for School District #25, and also worked for Axiom and was a customer service representative for Sierra Trading Post in Cheyenne.

Mrs. Lasley was a member of the Methodist faith.

Among her survivors are her husband Joe I. Lasley of Cheyenne; sons Samual Lasley of Kilgore, Tex., and Christopher “Scott” Lasley of Phoenix, Ariz.; daughters Virginia K. Lasley of Scottsdale, Ariz., Rena Roark of Colfax, Cal. and Robin Nass of Riverton; sisters Linda M. Adamson and Betty M. Abernethy, both of Cheyenne; 9 grandchildren and 2 great grandchildren.

She was preceded in death by her parents, Foster and Maxine Rodgers; and grandparents, James and Ella Rodgers and Gus and Matilda Larson.

Memorial donations may be made to the American Heart Association or a charity of the donor's choice, c/o Davis Funeral Home, 2203 W. Main, Riverton, WY 82501.