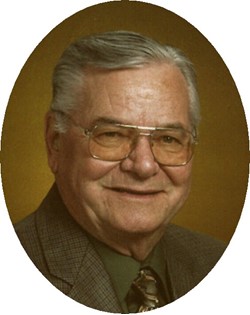 Guestbook 9
Hewitt Gleave Youtz, former state senator and one of Wyoming’s last living World War II P-38 fighter pilots, died on March 27, at Riverton Memorial Hospital at the age of 89, surrounded by his family. A long-time Riverton resident since 1964 who was an educator, businessman, avid historian, and veteran, Hewitt Youtz was always active in public service, serving one term in the Wyoming State Senate from 1980-1984, as well as State Committeeman of the Republican Party for both Park and Fremont counties. Besides his family, he was perhaps most proud of his service in the Army Air Corps during World War II. Funeral services are scheduled for 10 a.m. on Monday, April 2, at the United Methodist Church in Riverton, followed by internment and full military honors at Mountain View Cemetery in Riverton, with a luncheon afterward. Arrangements are through the Davis Funeral Home, with viewing scheduled for Sunday, April 1, from 3-4:30 p.m. Youtz served on the boards of various organizations, including serving as President of the Wyoming Vocational Agriculture Teachers Association, Chairman of the Governor’s Advisory Committee for Vocational Education, Chairman of the Wyoming FFA Advisory Committee, President of the Midwest Implement Dealers Association, and President of the First Fighter Group Historical Association. Youtz was born on October 7, 1922, in San Diego, California, to H. Fletcher Youtz and Lizzie Bell (Gleave) Youtz, the third of six children of five boys and one girl. Their mother, Lizzie, who was born in England, was proud that all five boys served in various branches of military service during World War II, and all five brothers came back home alive. The Youtz family moved from San Diego to a ranch near Burns, Wyoming, when Hewitt was five. He was graduated from Burns High School as valedictorian and enrolled at the University of Wyoming. Shortly after enrolling at UW and the attack on Pearl Harbor, he volunteered for the Air Force Aviation Cadet Program and was graduated in March 1944 as a Second Lieutenant fighter pilot. After transition training with the P-39s and P-38s, he was sent overseas, serving with the First Fighter Group as a P-38 pilot. He was credited with destroying three German planes and various other targets and was awarded the Air Medal with two clusters, as well as the Mediterranean theatre of operations Battle badge with four stars. Lieutenant Youtz was part of the group that provided the fighter escort to the Yalta Conference for President Franklin D. Roosevelt and Prime Minister Winston Churchill. Youtz returned to the states in October of 1945, went on inactive duty, and returned to the University of Wyoming, graduating the summer of 1947 with a Bachelor of Science Degree in Agriculture and a teaching certificate. He taught vocational agriculture in both Albin and Lander, Wyoming, for ten years, during which time he was heavily involved with Future Farmers of America and in coaching livestock judging teams. Together with his fellow vocational agriculture teacher at Lander Valley Vocational High School, Arland “Pee Wee” Carlson, Youtz authored a textbook entitled, Judging Livestock, Dairy, Cattle, Poultry, and Crops, which was heavily used by livestock judging teams. After teaching ten years, Youtz moved his family to Powell, Wyoming, where he served with the Soil Conservation Service and later went into the retail John Deere business. In 1963, he moved his family from Powell to Riverton after purchasing another John Deere dealership, Riverton Equipment Company, which he owned and operated in Riverton for many years. In 1969, he relocated the business to North Federal and in 1976 sold the business to his son Tom and his son-in-law Charles McFarland. Son Tom eventually sold the business and bought the local Ford franchise, known as Tom Youtz Ford. Hewitt G. Youtz married Josephine “Jo” Brown of Pine Bluffs, Wyoming, on April 6, 1944, in the chapel at Luke Air Force Base in Phoenix, Arizona. This union lasted 59 years, ended by Jo’s death on May 23, 2003. They had three children: Charles H. Youtz, an Executive VP with George K. Baum and Co., and his wife Lynee of Sacramento, California, and Phoenix, Arizona; Jo Anne Youtz McFarland, President of Central Wyoming College, and husband Charles of Riverton, Wyoming; and Thomas A. Youtz, former owner of Tom Youtz Ford, now retired, of Riverton. Mr. Youtz and his wife Jo traveled extensively with their family and spent many years flying throughout the United States, Canada, and Mexico in their private plane. He and wife Jo also traveled the world and made numerous extended visits to Spain, which they especially enjoyed. Together Hewitt and Jo hosted many family reunions and enjoyed a large circle of friends. He married Virginia Brown Stephens on December 12, 2004, in Riverton. In addition to his second wife Virginia and his three children, he is survived by his sister Harriet Ann Youtz Lewis and husband Howard “Bink” of Longmont, Colorado, and his brothers Roger Youtz of Worland, Wyoming, and Willard Youtz and wife Ruth of Escondido, California; and four grandchildren Shane Youtz and wife Lee of Albuquerque, New Mexico; Michelle Youtz Scannell and husband Pat of Pasadena, California; Tristan McFarland of Riverton; and Shannon McFarland Henderson and husband Casey of Evergreen, Colorado. Youtz also leaves seven great-grandchildren: Kahlo, Cassady, Lucia, Aidan, Josephine, Gabe, and Tate. Also surviving are his three step-children: Charles J. Stephens of Colorado Springs, Candace Donahue and husband James of Worland, and Julia Malm and husband Jody of Cheyenne, as well as four step-grand children, Gunnar and Kirsten Malm and James and Michael Donahue, and two step great granddaughters, Aedyn and Avery. Hewitt Youtz was preceded in death by his wife Jo, his parents, and brothers Kenny Youtz of Torrington, Wyoming, and Donald Youtz of Pocatello, Idaho. Hewitt described himself as a lousy, but avid golfer, as well as a solid member of the 9 a.m. and 3 p.m. coffee groups for old timers. He loved his country, enjoyed life to the fullest, and hopes no one mourns his passing, except briefly. Memorial gifts may be made to the Central Wyoming College Foundation for the Hewitt and Jo Youtz CWC Memorial Nursing Scholarship Endowment.