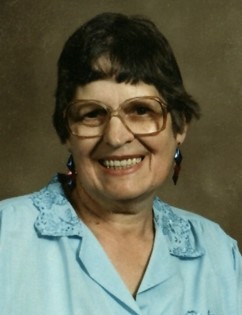 Funeral services are 10:00 a.m., Friday, April 6, 2012 at the Davis Funeral Home with Pastor Rex Whitman officiating and interment follows at Mountain View Cemetery in Riverton. A Viewing will precede the service from 9:00 – 10:00 a.m.

Alice Jeffers was born in Wheatland on Aug. 29, 1920, the daughter of Ned and Hazel (Brunk) Jeffers. She grew up in southwest Wyoming in the Guernsey and Wheatland areas.

She had lived in Riverton since 1947.

Mrs. Buynie worked as a cook in many restaurants and clubs and in building computer parts for Eaton, Inc.

She was a member of the First Baptist Church, working in the field when Vic Richenbach had a small church near her home. With good friend, Rick Herron, now deceased, they traveled for the church with other members to Tijuana, Mexico.

She was a member of the Eagles Auxiliary and the Auxiliary to the Veterans of Foreign Wars.

Her family said Mrs. Buynie liked to make quilts, collected owls, made her children's clothes when they were small, enjoyed cooking, gardening, and getting together with her family.