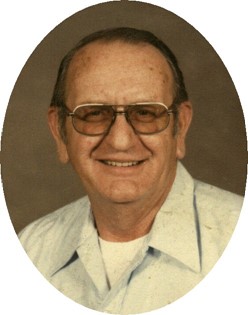 Memorial services are at 2 p.m. on Friday, April 13, at the Davis Funeral Home of Riverton with Pastor Doug Hill officiating. Inurnment follows at Mountain View Cemetery in Riverton.

Richard Norman Skinner was born in Roberts, Mont., on Tues., June 19, 1934, the son of Ford and Hattie (Newcomb) Skinner. He grew up in Roberts and went to school there, playing basketball. He then attended College in Bozeman and Billings, Montana.

He worked as an operator at the Lucky Mc Mine in the Gas Hills of Fremont County for 10 years. He also sold motorcycles as Skinner's Yamaha and Bike Shop, operated B&R Enterprises cleaning services, worked at Napa Motor Parts for many years and was janitor at the Masonic Temple building.

He lived in the Gas Hills for 5 years and in Riverton for his remaining life.

Mr. Skinner was a past member of the Eagles Lodge in Riverton.

He was preceded in death by his parents, and a granddaughter, Nicole Ann Skinner on April 22, 2009.

On-line condolences may be made at: thedavisfuneralhome.com