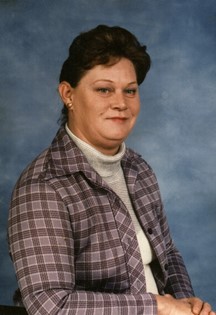 Guestbook 6
Funeral services for Margaret L. "Peggy" Hixson, 72 of Pavillion, are at 1 p.m. on Friday, April 13, at “Peggy’s Farm”, 105 West Pavillion Road, Pavillion. Her six daughters will give the eulogy. Cremation has taken place. Mrs. Hixson died at the Lander Regional Hospital on Thursday, April 5, at the age of 72. Margaret Leona Bohannon was born in Richmond, Ind., on Dec. 7, 1939, the daughter of Phillip Frank Bohannon and Genevieve (Suttmiller) Bohannon. She grew up in Batesville, Ind. She completed her high school education and then served with the U.S. Air Force from 1958 to 1960, when she received an honorable discharge. While in the Air Force she was in the intelligence division. She married Edwin James Hixson on March 12, 1960, at Stewart Air Force Base in New York. Mrs. Hixson was of the Roman Catholic faith. She taught C.C.D. classes in Casper in the late 60s and early 70s. She and her daughters helped build the monument for St. Edward's Catholic Church at Kinnear. She was active in the Meadow Acres Riding Club, Casper Jaycettes and Girl Scouts of Casper before moving to their farm near Pavillion. Mrs. Hixson was engaged in farming until her health prevented it. Her family said that in addition to loving the life on their farm, Mrs. Hixson helped many people, repaired Kirby vacuums in Casper and worked with Family Services there. She had lived on the Pavillion farm for 40 years. Prior to that she lived on a Casper Meadow Acres farm for five or six years. Survivors include her daughters, Shareen, Nadine, and Dawn, all of Pavillion, Fransisca of Riverton, Christal of Casper and Bernadette Neal and her husband Jim of Tonasket, Wash.; 12 grandchildren, Therisa Siek, Iris Siek, August Siek, Zacheriah Siek, Brian Sisneros, Lindy Sisneros, Elizabeth Sisneros, Sarah Stowe, Autumn Richards, Khemo Neal, Gabrial Brewbaker, and Iva Brewbaker; 16 great grandchildren, and a sister, Pat Noah and husband Kieth of Brooksville, Ind. She was preceded in death by her husband, Edwin; her mother, Genevieve; father, William; granddaughters, Kimiko and Misty Dawn. On-line condolences may be made at: thedavisfuneralhome.com Services are under the direction of the Davis Funeral Home of Riverton.