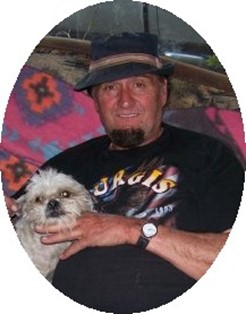 Guestbook 12
A Celebration of life for Robert E. “Bob” Claar, Sr., of Dubois will be held Saturday, April 14, 1:00 p.m. at the Headwaters Center in Dubois.

Robert Eugene Claar was born in Hollidaysburg, Penn., on Thurs., Sept. 9, 1943, the son of Percy Glenn Claar and Helen Virginia (Dodson) Claar. He attended schools in the Hollidaysburg area.

He married Carol Ann Henry in Hollidaysburg on June 2, 1961.

Mr. Claar was self-employed. His family said he found great joy in working alongside his children, grandchildren, and numerous friends that shared in his passion.

He was of the Christian faith and a saved man.

Robert came to Wyoming hunting in 1967 and fell in love with its vast beauty. Robert and his wife decided to move the family to Wyoming from Pennsylvania in 1979. Robert and family spent 17 years in Osage, Wyo. and the remainder of his life in Dubois; between the Big Horn and Teton mountains.

His family said Mr. Claar lived to hunt, fish, and enjoyed observing wildlife. Robert loved the mountains and all things outdoors, going to auctions and yard sales with his family. The dearest thing to Robert was spending time with his family, friends, and his dogs.

He was preceded in death by his brother, Richard Claar; his mother, Helen Virginia (Dodson) Claar, and father, Percy Glenn Claar.

Memorials may be made to the Dubois Ambulance in care of the Davis Funeral Home, 2203 W. Main Street, Riverton, WY 82501.