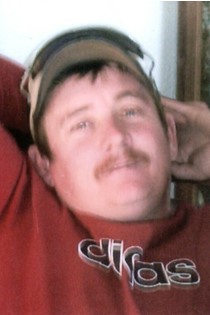 Funeral services are at 2 p.m. on Friday, April 20, at the Davis Funeral Home of Riverton with Pastor Rex Whitman officiating.

James Lee Pigg was born in Riverton on Nov. 15, 1966, the son of Lonnie Leon Pigg and Phyllis Ann (Kimball) Pigg.

A life-long resident of Riverton, he was graduated from Riverton High School in 1985 where he was a varsity wrestler. He attended Central Wyoming College, studying business management.

Mr. Pigg was a telephone technician with Qwest and had just received his 10-year pen. For 15 years, he had been a co-owner of the Golden Corral Restaurant.

His family said he took pride in his children and maintained a strong relationship with his sister and parents. He enjoyed going to garage sales with his mother, taking care of his yard, fishing, fixing up old cars, rode a unicycle, and spending time with his dog, "Tanner." In his younger years he enjoyed hunting and camping.

He was preceded in death by his father, Lonnie Leon Pigg, and niece, Michelle Wempen.

Memorials may be made to the Tough Enough Cancer Fund, in care of the Davis Funeral Home, 2203 West Main Street, Riverton, WY 82501.