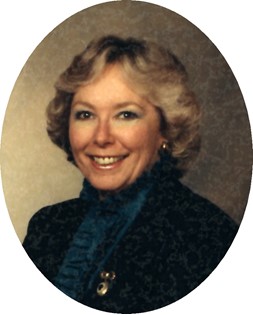 Funeral services are at 10 a.m. on Saturday, April 21, at the Davis Funeral Home of Riverton with interment to follow at Mountain View Cemetery in Riverton.

Karen Lee Larson was born in Laramie on Aug. 6, 1946, the daughter of Carl Harold Larson and Karen Florence "Flo" (Johnson) Larson. She grew up in Riverton, graduating from Riverton High School in 1964.

Ms. Larson was a retired journalist, having started her career at The Ranger while still a high school student and, over the years, working both in the news and advertising departments. She studied journalism for two years at the University of Wyoming.

She had worked as an administrative assistant at the Boston Hospital for Women and was a legal secretary for the Sweetwater County Attorney’s Office.

She was of the Protestant faith.

Ms. Larson was a past board member of the Riverton Memorial Hospital and Riverton Rendezvous Committee and was a member of the Eagles Auxiliary, B.P.O. Elks, and Does.

Her family said she was proud of her siblings, nephews, and nieces, along with close friends Linda and Roger Young and daily contact with Cheri Warner and her husband Jerry.

She was preceded in death by her father, Carl Larson; her mother, Flo Larson, and a nephew, Hadley Larson.

Memorials may be made to Amedisys Hospice Services, in care of the Davis Funeral Home, 2203 West Main St., Riverton, WY 82501.