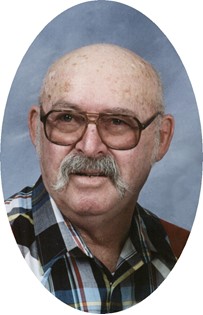 Laurence was born on April 12, 1932 in Sussex, Wyoming to Amos Olheiser and Alice Gratz. At the age of 3, the family moved to Pavillion, Wyoming where he attended school through the 8th grade and where he worked with his father on the family farm.

Laurence, known to many as “Ole” or “Larry”, enlisted in the U.S. Army from 1954 through 1955, where he served as a medical aid. For a portion of his military service, he was stationed in Germany. He served in the Army Reserves until 1962.

Upon being honorably discharged from the military, he met and married Frances Smith of Pavillion on September 15, 1956 at St. Margaret’s Church. The couple made their home in Pavillion, Dubois and Gas Hills, Wyoming. The couple had 3 children, Anthony, Debbie and Allen and moving to Riverton, managed the Riverton City Campground at the south end of Riverton for many years. In 1977, the couple moved to the present residence on 15th Street.

Laurence worked in numerous occupations, but most notably 23 years with Pathfinder/Lucky Mac mine in the Gas Hills and over 10 years with Flint Engineering where he retired as a heavy machine operator.

Laurence was an active member of the Riverton VFW Post 3628, where he served as Post Commander from 1982 – 1983. He was also a member of the Riverton Balloon Club and the Hoe downer’s Square Dance Club. His hobbies included hunting, camping and fishing. He most enjoyed dancing and coffee club with his friends.