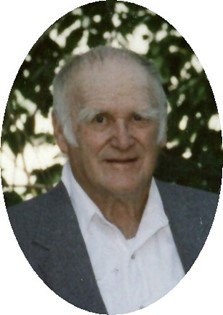 Memorial services are at 10 a.m. on Saturday, April 28, at the Lander VFW Hall. Memorial rites will be by the Masonic Lodge #2 AF & AM with military honors by the Lander Veterans of Foreign Wars.

William Thomas Romine was born in Cheyenne on Tues. Dec. 30, 1924, the son of James Thomas Romine and Georgia (Hemphill) Romine. At the age of 13, he moved with his family from Cheyenne to North Long Beach, Calif. He graduated from Jordan High School in Long Beach with the Class of 1943.

Following high school graduation, he was drafted into the U.S. Army. He served with B Company, 398th Infantry, Regiment 100th Infantry Division, during World War II in France and Germany from 1944 until early in 1946. He received the Good Conduct Medal, Purple Heart Medal and the American Campaign Medal, as well as the European African Middle Eastern Campaign Medal.

On June 1, 1949, he married Patricia Bennett in Long Beach, Calif. They later divorced.

Mr. Romine was a contractor in the general construction industry, building residential and commercial buildings across Wyoming. He owned the R&W Block Plant in Lander with his cousin, J.T. Wilkinson.

Mr. Romine was a member of Wyoming Masonic Lodge No. 2 AF & AM in Lander, was a Shriner, belonged to the Veterans of Foreign Wars in Lander, and was Jester for the Korein Shrine Club of Lander.

His family said he enjoyed hunting, camping, going to auctions, socializing with the friends, and playing Santa Claus for children in the Lander and Fort Washakie area.

He was preceded in death by his parents; a brother, Frank; a son, Patrick Romine, and his companion, Mary Jo Rossi.

Memorials may be made to the Lander Veterans of Foreign Wars or a charity of the donor's choice, in care of the Davis Funeral Home, 2203 West Main St., Riverton, WY 82501.

On-line condolences may be made at: www.thedavisfuneralhome.com