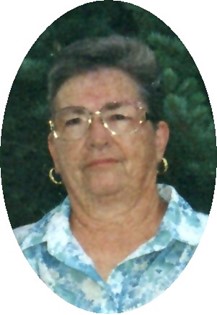 Agnes Lorraine Strube was born in Kimball County, Neb., on Wedn., Nov. 6, 1929, the daughter of Raymond Harold Strube and Viola Pearl (Ackerson) Strube. She was graduated from Albin (Wyo.) High School in 1947.

The family moved to Riverton from Meridian, Wyo., in 1966.

Mrs. Vocu was of the Catholic faith.

Her family said she enjoyed jigsaw puzzles, going to the casino, travel, and crafts, including crocheting and plastic canvas work.

She was preceded in death by her parents, Ray and Viola Strube; her husband, Robert Vocu, Sr., and granddaughter, Tara Vocu.