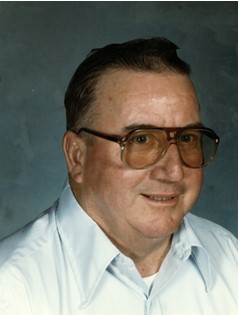 Guestbook 16
Memorial services for James Houston “Scotty” Gordon, 88, who died May 24th at his home in Shoshoni, will be held 10:00 a.m., Tuesday, May 29th at the Shoshoni Fire Hall with Rev. Echo Klaproth officiating. Inurnment will follow at the Lakeview Cemetery in Shoshoni, WY. Graveside Rites will be by the Wind River Masonic Lodge #25. Memorial contributions to the Shriner’s Travel Fund.

He attended Willard Grade School and graduated from NCHS in Casper. He served in the US Navy December 11, 1942 during World War II, until he was honorably discharged as a Motor Machinist’s Mate Second Class December 23, 1945, where he learned how to mechanic. He and his family moved to Shoshoni in 1954 where Scotty has resided until present.

Scotty worked as a mechanic and continued until present. He then worked for the city of Shoshoni followed by working as a janitor at the Shoshoni School for 15 years. He owned and operated Scotty’s Trash Service for the past 42 years.

His family said that Scotty was a hard worker and enjoyed working as a mechanic. He also enjoyed fishing, snowmobiling, rodeoing, stock car racing, and was very much involved with his friends, his dogs, family, especially his grandkids.

Scotty was a member of the Shoshoni Presbyterian Church. He was also a lifetime member of the Odd Fellows, Elks, VFW, American Legion, Wind River Masonic Lodge #25 in Shoshoni and was a 33rd degree Mason, Cooties, Fireman, Over the Jordan Club, and Shriner Kalif (Sheridan) and Scottish Rite.