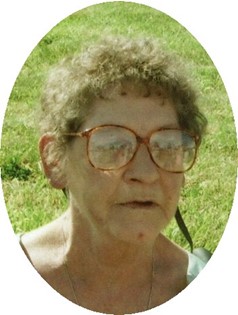 Guestbook 0
A celebration of life for Querida E. Hicks of Pavillion will be held with a carry-in dinner at 1:00 p.m. on Saturday, October 13, 2007 at the Pavillion Recreation Center.

Querida Ellen Lewis was born April 21, 1937, the daughter of Edward Lewis and Della Mae (Mann) Lewis in Marbleton, WY. She attended Big Piney schools, where she was graduated from high school. She had remained in Big Piney until she moved to Pavillion 23 years ago.

On June 2, 1956 she married Dallas Robert Hicks in Big Piney. They were later divorced.

Mrs. Hicks was a homemaker. Her family said she enjoyed doing puzzles, fishing, working in her yard, loved her cats and family and friends.