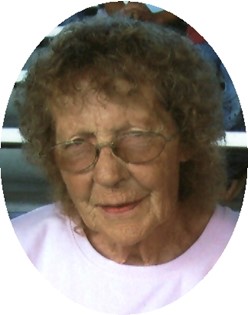 Funeral services are at 1 p.m. on Saturday, June 2, at the Gorman Funeral Home in Douglas. Interment will be in the Douglas Park Cemetery. Pastor Steve Vetter of the 1st Baptist Church of Douglas will officiate.

A reception will follow the services at the American Legion in Douglas.

There will be a viewing from noon until 1 p.m. preceding the service on Saturday.

Irene Janette Stinson was born in Douglas on Monday, Dec. 20, 1926, the daughter of John and Lillian Stinson. She grew up in Douglas.

The family lived in Douglas, Montana, Wyoming, and North Dakota. After retiring in 1988, the couple made their home at Pavillion.

Mrs. Baker was involved in the agriculture industry as a farmer. Her family said she enjoyed her hobby farm where she raised sheep. They said she was well known for being a hard worker who also enjoyed her garden, flowers, yard, and animals, especially her sheep. She was a loving mother and grandmother.

She was preceded in death by her parents; her husband, William on Dec. 15, 1992; a son, Steve; a son-in-law, Ronald "Babe" Krause; a sister, Ruth Bateman, and brothers, Dave Harold, Grover, and Carl.