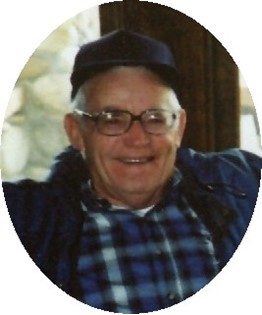 Funeral services are at 10 a.m. on Friday, June 8, at the Davis Funeral Home of Riverton. Interment follows at Mountain View Cemetery in Riverton with committal rites by the Veterans Service Organization. Pastor Ian McFarland of the Cornerstone Community Church will officiate.

Dean Elton Hyatt was born in Ansley, Neb., on Tuesday, Feb. 5, 1929, the son of Jewell E. Hyatt and Lulu M. (Allen) Hyatt. As a young boy he lived in South Dakota for a year and Eastern Wyoming for about five years on a family farm south of Moorcroft and in the Newcastle area. The family came to Riverton in May of 1939.

He attended first through fourth grades in Newcastle and came to Riverton in the fifth grade, attending Jefferson Elementary School. He went on to graduate from Riverton High School in 1947, playing basketball and football under the then-RHS colors of orange and black.

Mr. Hyatt was drafted into the U.S. Army on Nov. 4, 1950, serving as Sgt. First Class with the 40th Infantry Division. He was in artillery survey, attending artillery school at Fort Sill, Okla. He was honorably discharged on Oct. 26, 1952 receiving the Army Occupation Medal, United Nations Service Medal, and Korean Service Medal with one Bronze Service Star.

Mr. Hyatt was a mason by trade, engaged in brick laying and plastering. He learned the trade from his father who taught the skill to all of his children. He worked with his brother Dale.

His family said Mr. Hyatt enjoyed hunting especially one trip with his brother-in-law, Bud where they killed a black bear, fishing, playing cards, gardening, played pool in his younger years, and enjoyed going to family reunions.

He was preceded in death by his parents; a brother, Darrell Hyatt; a sister, Naoma Hyatt; a nephew, Jonnie Brines; niece, Deanna Schultz, and brother-in-law, Bud Brines.

Memorials may be made to the Riverton Veterans of Foreign Wars Post, in care of the Davis Funeral Home, 2203 West Main St., Riverton, WY 82501.