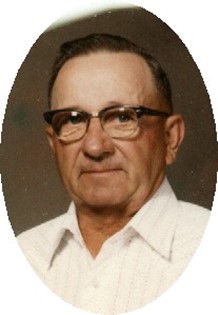 In accordance with his wishes, there will be no service and cremation has taken place.

He was drafted into the U.S. Army for World War II, where he served in the Philippians.

Upon his return from military service, he worked with Mazet and Sons, Inc., farming, raising sheep and cattle in Fremont County all of his life.

He married Violet Jean Sauer and together they had a daughter, Cindy.

His family said that Mr. Mazet enjoyed fishing on the rare occasion that he was not working at the farm. They said he also enjoyed his family.

He is survived by his daughter, Cindy, and granddaughter, Danielle Rench both of Cheyenne; his sister, Jackie Mazet; sister-in-law, Doris Mazet, and nephew, Dennis Mazet, all of Riverton.

He was preceded in death by his parents; his wife, Violet; brothers, Camille and George, and sisters, Lorraine Herbst and Louise Gardner.

Memorials may be made to the Parkinson’s Foundation or Help for Health Hospice Home in care of Davis Funeral Home, 2203 West Main St., Riverton, WY 82501.