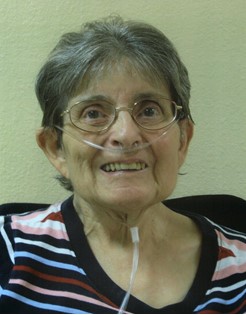 Guestbook 0
Marie L. McNulty of Riverton died Wednesday, October 10, 2007 at Wind River Health Care in Riverton, with her daughter by her side. She was 83 years old.

Cremation has taken place and, at her request, no services will be held. Mrs. McNulty’s cremated remains will be interred at Santa Barbara Cemetery in Santa Barbara, CA in the summer of 2008.

Marie Lucille Williamson was born on March 11, 1924 in Riverdale, CA. She was the daughter of Raymond Calvert Williamson and Lucille Lorraine (Borba) Williamson. She grew up in and around the Santa Barbara area.

Mrs. McNulty was graduated from Santa Barbara University with a degree in elementary education. She taught for a short time in Long Beach, CA and Hawaii.

In April of 1951 she married James F. McNulty. They traveled with the U.S. Navy to Massachusetts, the Panama Canal Zone and Oregon. They returned to California in 1958. Mr. McNulty preceded her in death in 1991. Mrs. McNulty remained in California until 2000, at which time she moved to Riverton to join her daughter.

During her active years, Mrs. McNulty enjoyed following national and local politics and learning about California history. She was an active member and officer in the Santa Clarita Valley Historical Society, Friends of Hart Park, and Questors Heritage Reflections Chapter.

Mrs. McNulty was preceded in death by her parents; husband; sister Virginia Raynolds.

She is survived by her son Shawn McNulty and his two daughters Katie and Carly; daughter Sheila McNulty and her husband Steven McAllister of Riverton; brother, Paul Williamson and wife Betty of Texas; sister, Beverly Ruegg and husband Ray of Seal Beach, Calif., and friends among the staff, residents and family members of the Wind River Health Care and Rehabilitation.