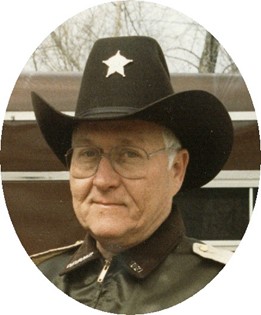 Guestbook 1
A Celebration of Life for Wayne L. Warwick, 79, will be held Saturday, July 28, 2012 from 1 p.m. until 4 p.m. at the family home at 761 Eight Mile Road. Please bring a written story to share; it would be greatly appreciated by his family. Cremation has taken place under the direction of Davis Funeral Home and Crematory.

Wayne L. Warwick of Riverton and formerly of Minnesota died Sunday, July 1, 2012 at his home.

Wayne Leslie Warwick was born July 13, 1932 in Bertha, MN to Wendel Wayne Warwick and Alma Warwick. Wayne graduated from Hewitt High School in 1950. On September 11, 1951, he joined the Air Force where he was an Air Policeman with the secret service air patrol until September 10, 1955. After his military service, Wayne attended North Dakota State School of Science, Wahpeton, N.D., majoring in Electrical Science. Wayne was a self-employed master electrician, operating Warwick Lectric up until the time of his death.

Wayne was a member of the Dakota County Sheriff’s Mounted Patrol for 23 years serving as Captain, Lieutenant and Sergeant. For many years, Wayne was wagon master out rider on Dakota County Board of Directors and County Liason for the Camp Courage Wagon Trail; he also drove his horses in numerous parades and events; he served as drill master and taught drills teams that performed in MN. He was also a member of the Minnesota State Mounted Posse, VFW, American Legion, Mason’s and Shriners and Wind River Back Country Horsemen. Wayne rode in the Presidential Inaugural parade in Washington D.C. for President Bush. He loved trail riding and camping with his horses, hunting and fishing. He always said, “All rides are great rides, some are just better than others.” Wayne always enjoyed a good “argumentative debate” be it politics, location on a ride or just to have one. “I ain’t been told yet” was a favorite saying that would really get under the skin of his wife, Sharon; all in Wayne’s way of having fun.